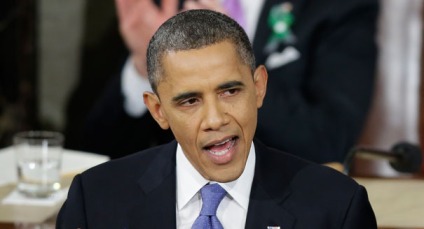 In the first State of the Union Address for his second term, President Obama again called on support for climate change action, saying “We can choose to believe that Superstorm Sandy, and the most severe drought in decades, and the worst wildfires some states have ever seen were all just a freak coincidence. Or we can choose to believe in the overwhelming judgment of science — and act before it’s too late.”

The President also called for doubling the amount of renewable electricity generation in the U.S. by 2020, and announced an energy version of his “Race to the Top” education program that would give states grants for the best energy efficiency programs. President Obama issued this challenge, “let’s cut in half the energy wasted by our homes and businesses over the next twenty years. The states with the best ideas to create jobs and lower energy bills by constructing more efficient buildings will receive federal support to help make it happen.”

This is the type of sustainability-thought our nation needs to begin to address the social, economic, environmental and equity issues we face.