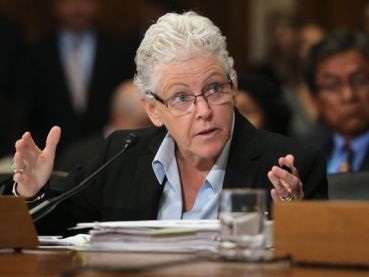 The “EPA did it’s job…” these are the words of the Environmental Protection Agency (EPA) Administrator Gina McCarthy on the Flint, Michigan lead-poisoned water crisis. State and local officials are rightfully to blame for what has happened in this community of just under 100,000 residents, which has been steadily losing nearly 50% of it’s population since 1960. The median household income in Flint is $24,834, nearly half Michigan’s $48,411 median household income. Furthermore, 41.5% of residents live below the poverty line in this majority African American city (56.6% Black, 35.7% White, 3.9% Hispanic).

Although the head of the Michigan Department of Environmental Quality (DEQ) has already resigned, calls for additional resignations and even criminal prosecution of government officials, including Governor Rick Snyder, are continuing.

But how far up the chain does the blame go? That’s a great question, and I’m glad you asked. Unfortunately the answer is not an easy one. Now here is where federalism rises to the occasion. Our system of federalism sets up a separation of government levels that becomes very convenient in cases like this. Susan Hedman, the head of EPA’s Region 5 which covers Michigan, says her department was made aware in April 2015 that Flint water was not being treated with chemicals to prevent lead leaching and avoid water contamination. However, the agency did not alert the public of this concern. Yet, they did follow “proper protocol” by repeatedly prompting Michigan’s DEQ to implement chemical treatment.

According to Hedman, “it is important to understand the clear roles here, communication about lead in drinking water and the health impacts associated with that, that’s the role of DHHS (Department of Health and Human Services), the county health department and the drinking water utility.” Often, federalism allows the different levels of government to blame each other for inaction and oversight as they typically operate in silos rather than in concert with one another. At which level of government should the blame lie? In my opinion, all, for various reasons. In this case, the state and federal governments must own their responsibility to uphold the standards embedded in their names, quality and protection.

This sad saga continues. Read more about the EPA defending it’s handling of the crisis here.

7 thoughts on “When federalism fails: EPA knew about Flint”