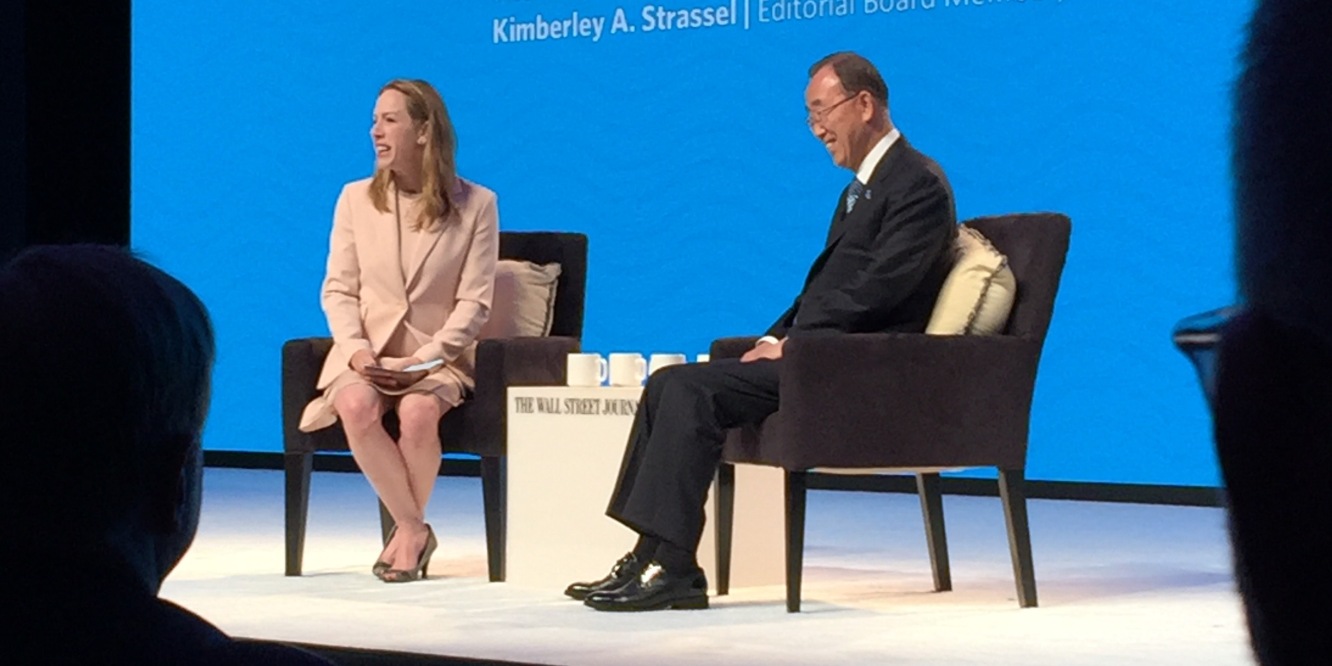 The Wall Street Journal ECO:nomics 2016 conference began with two heavy hitters involved in major industry and policy decisions related to energy and climate change issues. First, we received a warm welcome from Editor in Chief, Gerard Baker who has been at WSJ since 2013.

Instead of keynotes and speeches, the speakers interact with an interviewer before taking audience questions. The first speaker was Mark Fields, President and CEO of the Ford Motor Company. He shared with us how the company made it through the recession and the future of the personal automotive industry in the face of low gas prices, the rise of ride sharing, and a regulatory environment focused on efficiency.

While discussing innovations, Mr. Fields said “millennials want more out of their vehicles, sort of like a Swiss Army knife,” and that cars must now do more than get you from Point A to Point B. He also shared an interesting fact, that the average vehicle age is 11.5 years, the oldest it has ever been.

The second interview of the night was with the 8th Secretary-General of the United Nations, Ban Ki-moon. Secretary-General Ki-moon discussed his record of bringing nations together to address global climate change. He talked about the  working with then President Bush when he first assumed his UN office in 2007. He mentioned that President Bush would not even say “climate change.” Mr. Ki-moon drew distinct contrast between that experience and how President Obama has worked on climate change issues, giving credit to President Obama and China’s President Xi Jinping on their instrumental role in moving climate talks forward in order to reach a global agreement in Paris in 2015.

Speaking on the US presidential election cycle, when asked what comes to mind when he hears “President Donald Trump,” Mr. Ki-moon said, “I believe in the wisdom of the American people.”