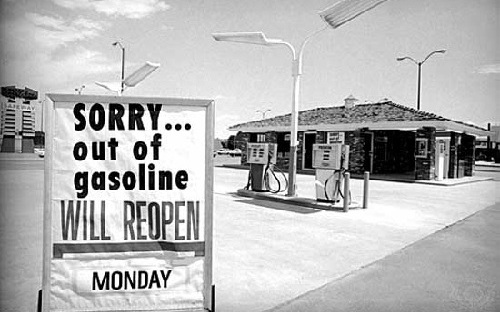 Here’s the next installment of Eco-Music Monday. Only So Much Oil in the Ground was the lead track

on the Urban Renewal album by American R&B-based horn section and band, Tower of Power.

Recorded in 1974 and released in 1975, the song hit the airwaves at the height of the US oil energy crisis, during which Americans experienced skyrocketing prices, shuttered gas stations, and fuel rationing.

Here is a sample of the lyrics:

The video below is from a live performance at the Montreux Jazz Festival in 2008.